Hi everybody,
I searched for museums that display dresses, shoes and other items from Lana Turner.
What I have found I put here.
If you know of more museums, contact me please.

We start with the Hollywood Museum
The building that houses today’s Hollywood Museum at 1660 North Highland at Hollywood Boulevard in Hollywood was originally purchased by Max Factor, legendary make-up artist to the stars, in 1928, just moments before the Great Depression.
It was not until 1935 that it was finally opened. Famed architect S. Charles Lee designed it in the so-called Hollywood regency art deco style. Lee was celebrated for his design of many of the grand motion picture theaters in Los Angeles as well as hotels and other signature buildings in the city and elsewhere in California.
Through Max Factor this became much more than an elegant building. For the first time in history movie stars, women of high society and working women were all able to go to a public place for their make-up without the stigma of being called “hussies.” 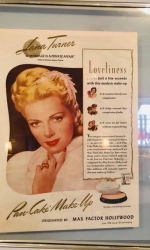 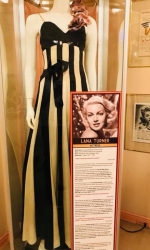 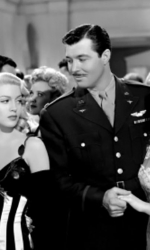 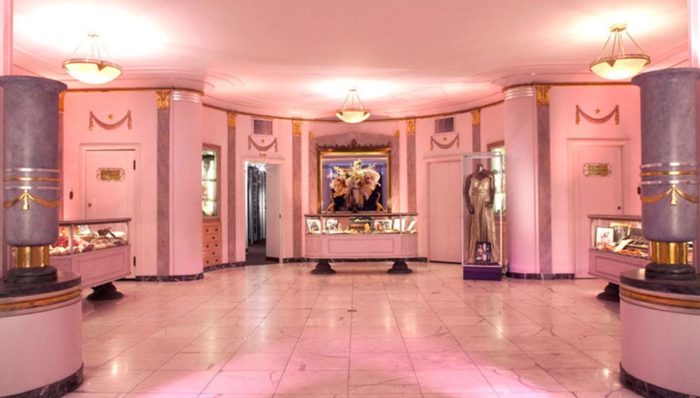 The next one is the National Automobile Museum in Reno, NV, USA
They have a picture of the Chrysler that was owned by Bob Topping, Lana’s 3rd husband.

The Chrysler Newport, one of the last dual cowl phaetons, was designed by Ralph Roberts and custom-built by LeBaron, Carrossiers in Detroit, Michigan. The car featured an all-aluminum body, concealed headlamps, folding windshield and hide-away top.
There were a total of six Newports constructed by Chrysler as show vehicles and four are known to exist today.
One of the Newports was selected as the 1940 Indianapolis 500 Pace Car. This was the first and still the only time a non-production car has been used in this event.
Topping customized the car by substituting a Cadillac engine and transmission for the Chrysler components.
He also personalized the car by having his name cast into the hubcaps and engine valve covers and adding his initials to the grill.

The 3rd Museum is the Museum of Fine Arts in Boston, USA
They have this great photo of Lana Turner as Ziegfeld Girl:

The 4th Museum is the Ogden Museum of Southern Art in New Orleans, USA
They have this gorgeous photo of Lana Turner: 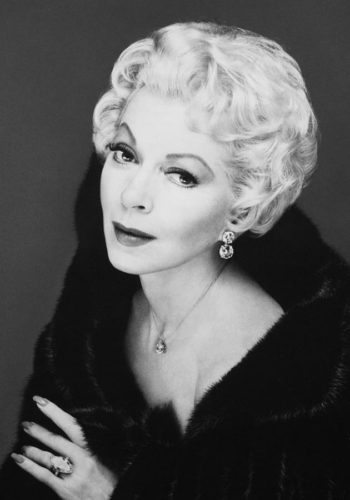 The 5th Museum is the FIDM Museum in Los Angeles, USA.
They show the clutch Lana had in her “The Bad and the Beautiful” movie.
It was designed by John Frederics.

The 6th Museum is the Streetart Museum in Amsterdam, the Netherlands.
A wonderful streetart painting by BTOY:

BTOY’s choice of colour was important in this portrait of Lana Turner, American actress, as the peach was specifically chosen to bring out the purple flower in the surrounding rosemary.

The 7th museum is the National Museum of the United States Airforce in Dayton, OH, USA
They show an aviator jacket that is called “Tempest Turner”.

“Tempest Turner,” an 18th Bomb Squadron B-17, was named for movie actress Lana Turner.
The donor, pilot of the aircraft, painted this B-15 jacket at war’s end with the emblem of the 34th Bomb Group and counters to indicate 19 bombing missions. The “grocery sacks” show six missions making food drops for Dutch food relief as part of Operation Chow Hound.
The ball and chain represent a gratifying flight on May 11, 1945, to fly French slave laborers from Austria to Paris. The former prisoners didn’t realize they had been liberated until they saw the Eiffel Tower.
This jacket was donated by Mr. Lester E. Thompson, Granite City, Ill.

The 8th museum is the The Lincoln Highway National Museum & Archives in Galion, OH, USA.
They show 3 photos of Lana Turner leaving a freedom train at the 7th of Nov. 1947.
Photos by Sgt. Wojdylak. 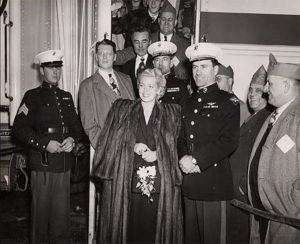 The 9th museum is the Ferragamo Museum in Florence, Italy.
They display a bright blue suede sandal.
This shoe was created for Lana Turner in 1939 and remade for Tay Garnett’s film “The Postman Always Rings Twice” in 1946.

And the 10th and last museum is the Museum of Brisbane, Australia.
They had an exhibition with costumes from the Golden Age of Hollywood with shoes from Lana Turner.