“Cass Timberlane” is a romantic drama film starring Spencer Tracy, Lana Turner and Zachary Scott, directed by George Sidney, and released in 1947. It was based on the 1945 novel Cass Timberlane: A Novel of Husbands and Wives by Sinclair Lewis, which was Lewis’ nineteenth novel and one of his last.
Former Congressman and now Judge Cass Timberlane is a middle-aged, incorruptible, highly respected man who enjoys good books and playing the flute. He falls for Jinny (Lana Turner), a much younger girl from a lower class in his small Minnesota town.
At first, the marriage is happy, but Jinny becomes bored with the small town and with the judge’s friends.
She leaves him for an affair with a lawyer, Timberlane’s boyhood friend.
Eventually abandoned by her lover, Jinny returns to her husband and becomes the good wife.
The novel is Lewis’ examination of marriage, love, romance, heartache and trust.

From Variety: “Miss Turner is the surprise of the picture via her top performance. In a role that allows her the gamut from tomboy to the pangs of childbirth and from being another man’s woman to remorseful wife, she seldom fails to acquit herself creditably.
In the New York Daily News, Kate Cameron wrote: “There is no doubt about it, Lana Turner screens more beautifully than any other blonde in Hollywood. In “Cass Timberlane”, she literally illumines the Music Hall screen with a glow that is soft, warm and altogether feminine. That she is able to hold the spotlight while Spencer Tracy is on the scene is a test of her ability as an actress and a charmer. Her vis-a-vis in the picture is a veteran of screen and stage who knows how to command attention when he wishes. He is always sure of himself, even when he gives way a bit to let the glamourous Lana have the spotlight.

Lana was happy to work with Spencer Tracy again and to be playing a complex part in a contemporary setting. She got to experiment with hairstyles again. It was cropped short and lightened up from “Green Dolphin Street.” She was given several lovely costumes, but she also had fun letting the tomboy in her come out by donning a baseball cap, blue jeans and loafers and getting dirty sliding into a home plate during a game of baseball. 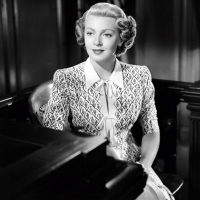 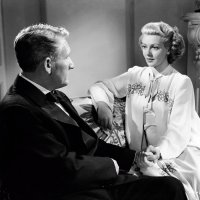 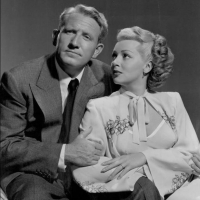 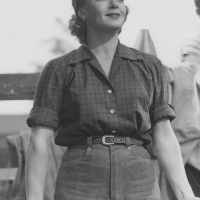 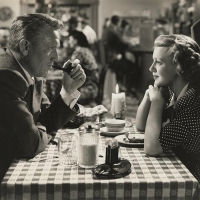 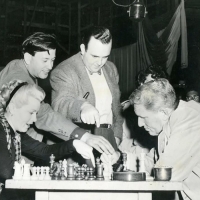 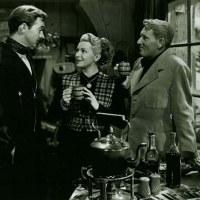 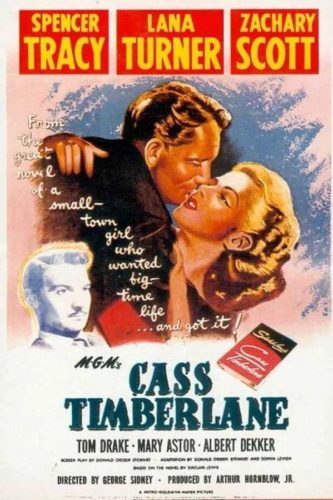 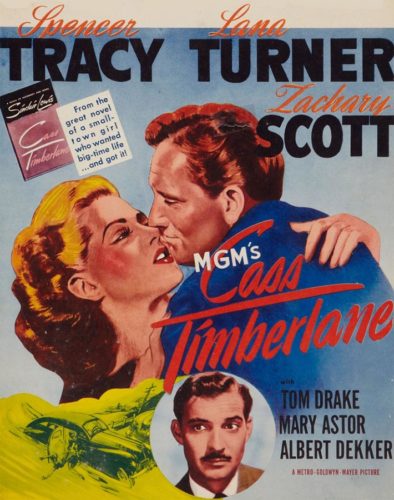