“Homecoming” is a 1948 romantic drama starring Clark Gable and Lana Turner.
It was the third of their four films together, and like two of the others, was about a couple caught up in World War II.

Ulysses Johnson (Clark Gable) is an American surgeon coming back from World War II. As he is sitting on the transport boat taking him back to America, he is asked by a reporter about his experiences during the war. Johnson begins to tell his story, beginning in 1941. Johnson is the chief surgeon at a hospital, a man free of emotional attachment to his patients. He joins the Army and has a cocktail party with his wife, Penny (Anne Baxter). During the party, a colleague of his, Dr. Robert Sunday (John Hodiak), accuses Johnson of being unsentimental, a hypocrite, and joining the Army out of purely selfish motives. Penny breaks up the fray and she and Johnson spend their last night together sipping cocktails.

Johnson then boards a transport ship, where he meets Lt. Jane “Snapshot” McCall (Lana Turner). Although they initially do not get along, they eventually find they have a lot in common and become fast friends. Their friendship is at numerous moments tested as they begin to fall in love with one another. After taking a trip to bathe, Johnson and Snapshot come back to the base to find that a friend of Johnson’s, Sergeant Monkevickz (Cameron Mitchell), is dying from a malaria-ruptured spleen. Johnson remembers that during his argument with Dr. Sunday, Sunday mentioned that people in Chester Village, where Monkevickz was from, were dying from malaria and being neglected by physicians. Johnson tells Snapshot that he treated Monkevicks without enough care as to treat him like a human being. To atone, Johnson asks Penny to visit Monkevickz’s father. When Penny arrives at the house, she finds Doctor Sunday there and confesses that she is jealous of Snapshot, whom Johnson has mentioned in letters, and believes that Johnson and Snapshot are having an affair.

Meanwhile, Johnson and Snapshot have grown closer and when she is reassigned to a different outfit, she and Johnson kiss. They depart, but again encounter one another in Paris. They fall back in love, but leave to rescue the 299th division, which has fallen victim to enemy fire in the Battle of the Bulge. The story turns back to Johnson returning to his home following the war as a far more world-weary man. He returns to Penny, a ghost of his former self. He apologizes to Dr. Sunday for not heeding his warnings about the malaria in Chester Village and confesses to Penny his love for Snapshot, but tells Penny that Snapshot died of a shell fragment wound. The film ends leaving the viewer to assume that Johnson and Penny patch up their differences and live happier lives.

The character of Snapshot is the most appealing of the “other woman” roles Lana Turner has played on the screen. Warm and good-natured, there’s an air of knowing wisdom about the nurse and, stripped of her usual glamour accoutements, in “Homecoming” Lana’s sex appeal comes from within. There’s a particularly charming scene midway into the film with an eager Turner and an embarrassed Gable taking separate baths amidst some Roman ruins. But her most effective moment comes in the end and Mervyn LeRoy places her deathbed scene high on the list of the most sensitively played sequences he’s ever directed.

In September 1948, Adela Rogers St. Johns wrote: “I thought Lana Turner gave one of the greatest performances ever in “Homecoming” and was burned up because I didn’t think she got enough credit.”

Heavy base makeup was a necessary evil for filming.It was required for the camera under normal circumstances, but in “Homecoming” Lana Turner was playing a war-weary nurse on the battlefields of Africa and Europe, so she got to wipe her face clean and was actually happy as can be. Getting to sleep in and skipping the 5 or 6 am makeup call always remained a pleasant memory of “Homecoming” for her. Hair the same dark blonde shade it was in “Cass Timberlane“, she sported a freshly scrubbed look, shiny-nosed, with just a dab of lipstick and the necessary eyebrows. It made her look even younger than her 26 years. 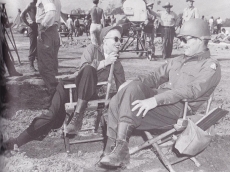 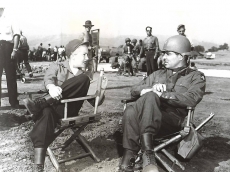 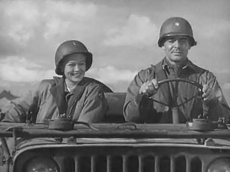 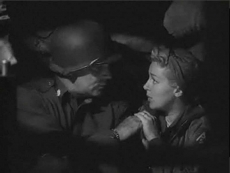 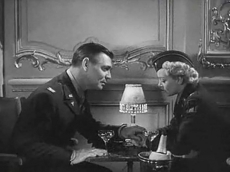 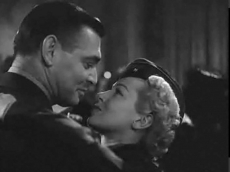 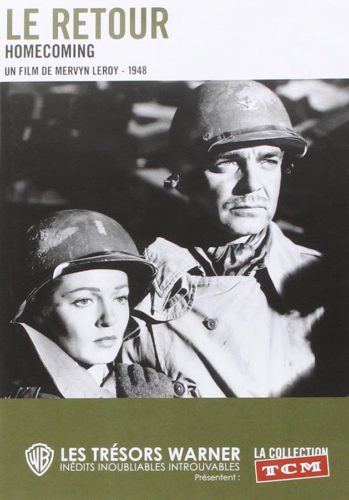