Hi everybody,
As you all probably know, Lana’s love life was complicated. She had many lovers and married 7 times, well in fact 8 times, because she married Stephen Crane twice. She always found happiness for a short time and then she found out, that she didn’t love her husband anymore or he cheated on her and she ended the marriage.
The great love of her life however was Tryone Power, the famous actor.
They were acquaintances for many years, but he was married. In the summer of 1946 Tyrone separated from his wife. He invited Lana to his house for a cocktail and when he kissed her, Lana was hooked forever.

At Christmas they were not together, because Tyrone was filming “Captain from Castile” in Mexico and Lana was filming “Green Dolphin Street”, but she missed him so terribly, that she flew over to Mexico. She wasn’t supposed to leave the filmset, but she didn’t care. She simply wanted to be with him.
From the book “Lana the Memories, the Myths, the Movies” by Cheryl Crane:
On New Year’s eve they were having a late supper in a small restaurant, when midnight arrived. Bells from a nearby church began to chime the hour.
“Without a word, we leaped from our chairs and ran across the tiny town square., racing for the church, determined to make it up the steps and onto the steeple balcony before the bells finished chiming.” She really didn’t know why they were doing that. “Maybe we thought it meant good luck for us both, maybe it was inspired by wine, but we just did it, like a pair of kids. Tyrone held my hands as we ran and I struggled not to fall in my long dress and high heels. Eight, nine, ten and we made it! Laughing we reached the church balcony just as the last two peals of midnight sounded. They turned to each other, made their silent New Year’s wishes and closed the moment with an embrace. At the end of their kiss they clasped hands and walked down from the steeple, into the town alive with music.
She in white gown and jewels and Tyrone the personification of tall, dark and handsome, their beauty was literally entrancing. The trumpet player of the band playing in the square couldn’t take his eyes of them. He leaned so far over to see them walk past that he tumbled down from the bandstand. When he got up, unharmed and still entranced, Lana and Tyrone blew kisses to him and he blew them back. Then the rest of the band joined in the love fest. Lana laughed and cried at the wonder of that moment. She and Tyrone went off into the night to join the New year’s revels.” 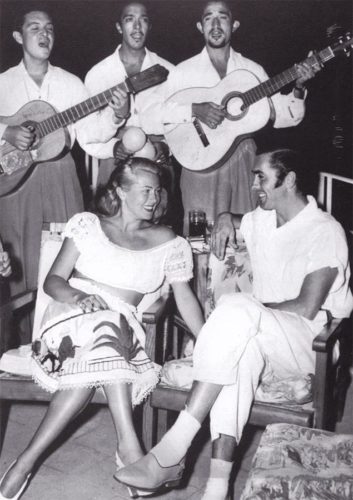 Annabella, Tyrone’s wife, agreed to a divorce, so Lana thought that they could marry soon.
She also discovered that she was pregnant and she was thrilled about that.
Tyrone wasn’t that thrilled, because he still was married and in that time you didn’t live together and have a child unless you were married.
Tyrone left on a twelve week trip to Europe with stops in various countries.
The night before he left, Lana held a 10.000 dollars bon voyage party for him at Ciro’s, a famous nightclub in Hollywood.
In September 1947 when he went on his trip, they decided she would send him a prearranged code, when she decided to have an abortion or not. So that nobody would know about it. If she decided to have an abortion, she would say “I found the house today.”
Giving up the child of her greatest love was the hardest thing Lana ever did in her life. 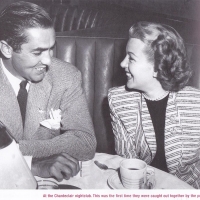 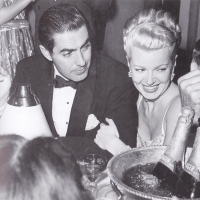 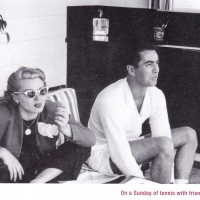 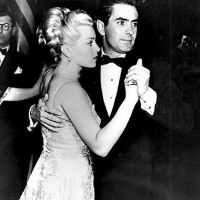 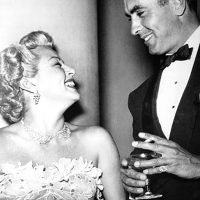 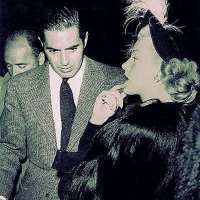 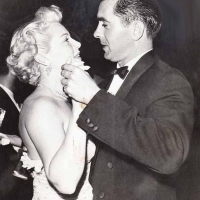 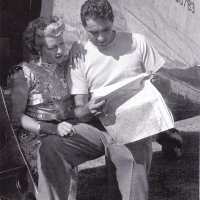 Lana thought that when he returned they would resume their relationship. He would get his divorce and they could have a baby under the right circumstances.
But that didn’t happen. Lana didn’t hear anything from Tyrone when he was back and when they finally met again he told her, that he had met another woman in Europe.
Lana was devastated. After 1,5 years their relationship ended. She was very hurt.
Later on however she was just happy to have experiended that kind of love and to have spent that magical time with him.

“No man except possibly Tyrone Power took the time to find out that I was a human being, not just a pretty, shapely little thing. That could have been my fault. I didn’t know myself.”