“Betrayed” is a 1954 war drama film directed by Gottfried Reinhardt from a screenplay by Ronald Millar and George Froeschel, and starring Clark Gable, Lana Turner, Victor Mature and Louis Calhern.
The picture, Gable’s last for Metro-Goldwyn-Mayer, was filmed on location in the Netherlands and England and was based on the story of turncoat Dutch resistance leader Christiaan Lindemans, also known as “King Kong”.
The supporting cast features O. E. Hasse, Wilfrid Hyde-White, Ian Carmichael, Niall MacGinnis, and Theodore Bikel. Betrayed was the fourth and final movie in which Gable played opposite Turner, and their third pairing set during World War II.
Diana Coupland provided Turner’s singing voice in the song, “Johnny Come Home”.
“Betrayed” is an espionage thriller set in the Nazi-occupied Netherlands during World War II, and revolves mostly around the Dutch resistance movement.
Dutch intelligence agent Pieter Deventer (Clark Gable) is ordered to keep an eye on suspected collaborator Fran Seelers (Lana Turner).
Both Deventer and Seelers join the Dutch underground, making contact with a flamboyant resistance leader known as “The Scarf” (Victor Mature).
As ‘Carla Van Oven’, Seelers’ assignment is to use her feminine charms to gain the confidence of admiring Nazi officers.
Within the next few weeks, several underground operatives are captured and shot, and it begins to look as though Deventer’s suspicions concerning Seelers are correct, though he is strongly drawn to her.
The ultimate revelation of the collaborator’s identity settles the issue of whether the couple can be enemies or lovers.

It’s a bit unfortunate that 3 of the 4 Clark Gable-Lana Turner co-starring vehicles have had World War 2 backgrounds. Certainly 2 such beautiful people warranted more glamourous trappings. Their 4th and final film together had them back in combat suits and steel helmets for a cloak-and-dagger melodrama, the script of which provided too few love scenes to suit the fans of this charismatic duo. But although the clinches didn’t come as often as in the past and the fireworks weren’t as loud, the romantic moments did occasionally contain rewards, including a recitation of that classic line: “You’re beautiful when you’re angry.”

As for Miss Turner’s hair, it had been her own decision to retain the brunette shade of “Flame And The Flesh” for this film. Fortunately, she soon realized that her fans preferred her as a blonde and although years later she did go dark for a few scenes in “Madame X“, after “Betrayed” she was never again totally brunette for a film.

When Lana looked back on this entire period later on she thought is was a mistake. Mistakes in career choices, in men, and in the fights she had with her mother and her daughter. Upon completion of “Betrayed”, she decided to abandon her plan to continue working abroad and come home to the USA again. 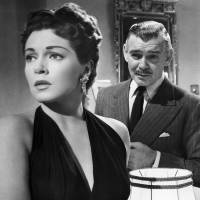 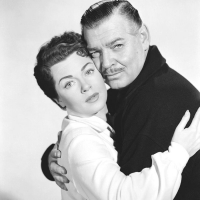 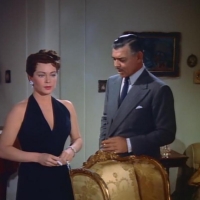 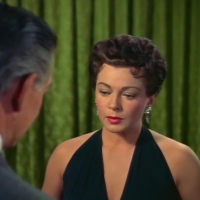 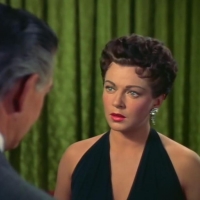 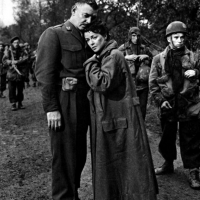 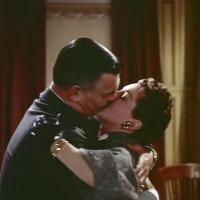 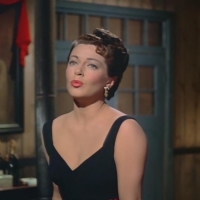 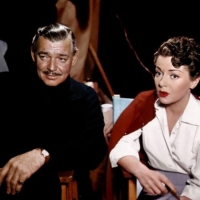 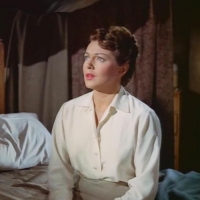 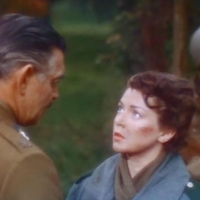 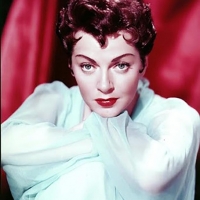