“The Merry Widow” is a 1952 film adaptation of the operetta of the same name by Franz Lehár.
It starred Lana Turner (singing voice was dubbed by Trudy Erwin) and Fernando Lamas.
The film received two Academy Award nominations: for Best Art Direction – Set Decoration, Color (Cedric Gibbons, Paul Groesse, Edwin B. Willis, Arthur Krams) and Best Costume Design, Color.
The young widow Crystal Radek (Lana Turner) is invited to Marshovia, a small European kingdom, to attend the unveiling of a statue in honour of her deceased husband.
The royal coffers are seriously in need of her money so the king sends out count Danilo to seduce her.

The all-important role of Lehar’s heroine was carefully rewritten for its leading lady (including an Americanization of the character), with this fresh treatment discreetly relieving the widow of her musical requirements. But the role did call for a display of poise, assurance and great beauty and Miss Turner easily filled its demands. She was dressed to the hilt in a handsome array of gowns, hats, negligees and hourglass corsets of those turn-on-the-century times, even her shoes boated jewelled heels.

New York Times: “The Merry Widow” never had it so good. The most colorful and exquisite it has ever had … the brilliance in Techinicolor of the palaces, grand hotels and a replica of Maxim’s in Paris, that craftsmen at Metro have contrived, is something to take your breath away. And the richness of the costumes and the staging of dance and choral groups will deal the knockout blow. No Widow in our recollection, and we have seen quite a few, has been turned out as this one.”

The filming of this picture began only a few days after Lana tried to commit suicide. She sliced her wrists. That is why she wore long gloves or a very wide bracelet in “The Merry Widow”. Lana loved “The Merry Widow.” She liked Fernando Lamas and they got a relationship, there were incredible dance sequences and she loved the costumes by Helen Rose. The music was glorious and Lana used to play the record over and over again.

This is one of my favourite films with Lana Turner.  I love the music, the story, the dresses. And Una Merkel is so funny! 😀

Here are some of the beautiful dresses by Helen Rose: 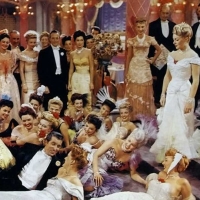 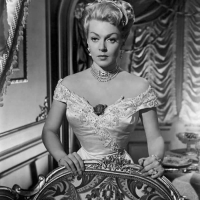 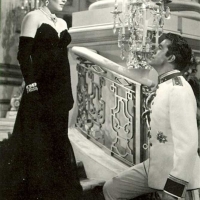 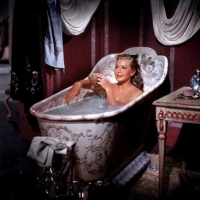 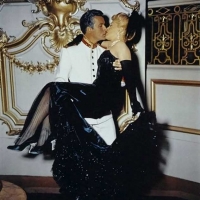 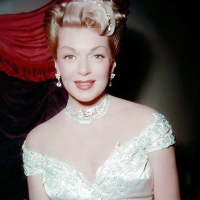 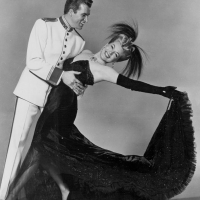 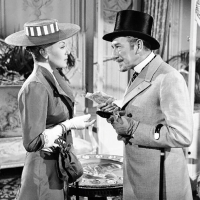 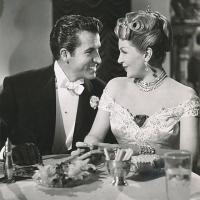 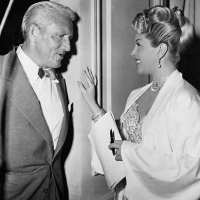 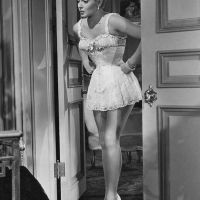 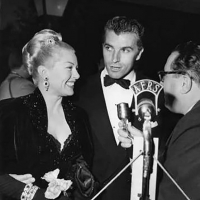 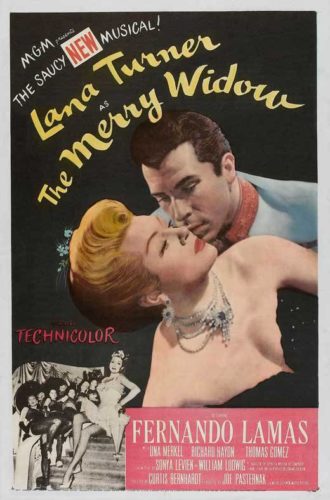 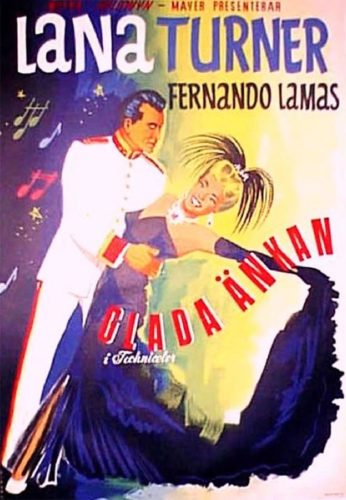