“Who’s Got the Action?” is a 1962 American comedy film about a man suffering from an addiction to gambling starring Dean Martin, Lana Turner, Eddie Albert, and Walter Matthau.
Steve Flood (Dean Martin) is an attorney who can’t seem to stay away from the racetrack or the Hollywood nightclubs.
His activities cause concern for law partner Clint Morgan (Eddie Albert) and wife Melanie Flood (Lana Turner).
While Clint has a crush on Melanie, she takes matters into her own hands by avoiding his and becoming a bookmaker.
She works closely with head bookie Tony Gagoots (Walter Matthau) to recover the money without her husband suspecting in order to keep the money in family.
When everyone goes astray from the letter of the law, they end up before the court and two different judges played with comedic solemnity by Paul Ford and John McGiver.

With her sleek glamour and his characteristic casualness, Lana and Dean Martin were something of an “odd couple”, when they teamed up for this film. The whole cast enjoyed making this film though and most spectators will find that the pleasure is mutual.
This film garnered a mixed reaction from critics.
Time however liked it very much: ” The syndicate has the last laugh in this yak derby, but the customers get most of the others.  “Who’s Got The Action? “is not the merriest oatsmobile that ever came down the track, but Dean and Lana make a surprisingly smooth entry.
For those who dote on Turner trivia, “Who’s Got The Action?” displayed Lana in her 4th screen bathtub scene – and a higly elaborate one it was. Her previous dunkings occurred in “Ziegfeld Girl“, “The Merry Widow” and “The Lady Takes A Flyer.”

Lana had fond memories of this movie. She remembered lots of laughs. It involved horse racing, a passion of hers and of Fred May’s (her 5th husband). As for her part in the film itself, it was a demanding role, which freed her up to simply having fun with it and play with bits of business, like using reading glasses as the aspiring playwright pens her masterpiece. She’s at her best playing the comedy scenes with Eddie Albert and with Margo, who played a wacky maid. 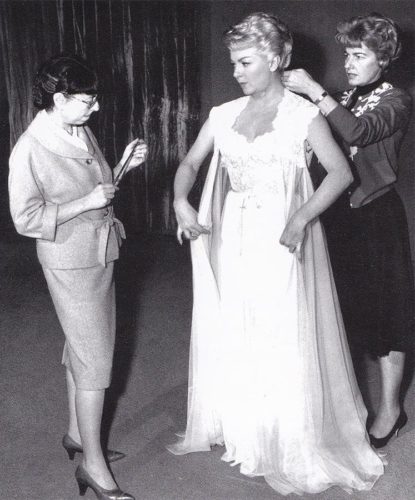 Edith Head was Lana’s costume designer. At $750 , Edith Head claimed this was the most expensive negligee she had ever designed for a movie. It was made from embroidered Alençon lace and custom colored to compliment Lana’s skin tone. 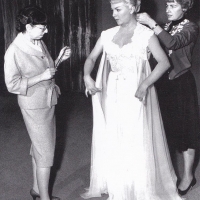 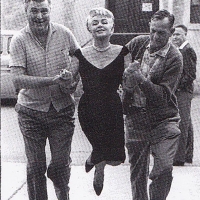 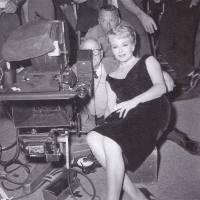 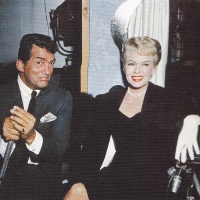 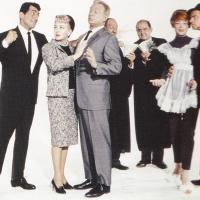 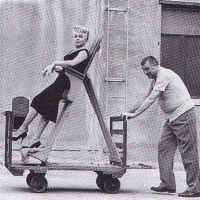 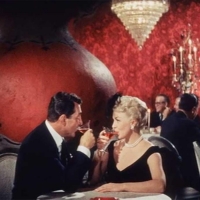 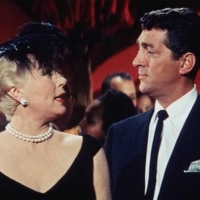 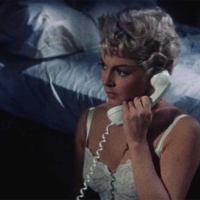 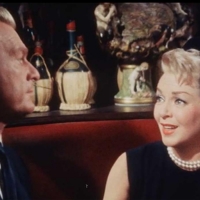 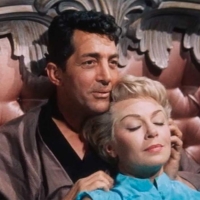 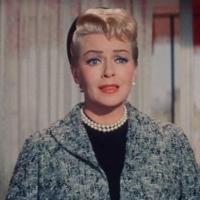 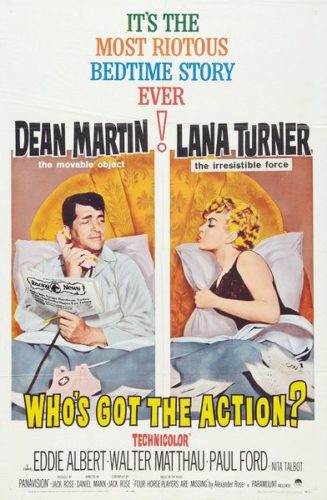 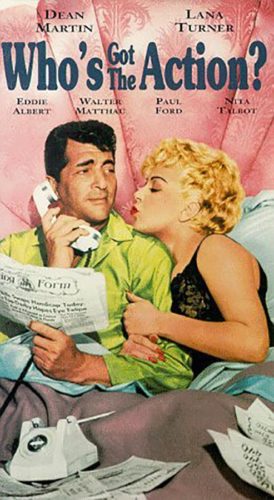