“Marriage is a Private Affair” is a 1944 war-comedy film.
Theo (Lana Turner) has had many boyfriends who wanted to marry her. Her mother, Mrs. Selworth, has been married many times, which causes Theo to fear commitment.
Without much thought, Theo accepts a proposal of marriage from Tom West, an Air Corps lieutenant. After the honeymoon, Tom’s father dies and Tom accepts a job in the defense industry.
When Theo has a baby, she hates the idea of being matronly and wants to return to being a party girl.
However, Tom is working constantly and Theo turns to her friends who are having their own problems, including her old flame, Captain Lancing.
To decide what she wants to do with her baby and her life, Theo must learn to grow up.

This was the film that brought Lana back to the screen after an eighteen-month absence during which time she gave birth to her daughter Cheryl. Accordingly Metro made up for her absence in a big way – not only was she on screen virtually all of the film’s 116 minutes, but it was the first picture to give her solo star billing. As further bonuses, it permitted her to wear a succession of dazzling Irene gowns, sport an equal amount of Sydney Guilaroff hair styles, and receive the most loving photographic attention of her career to date. 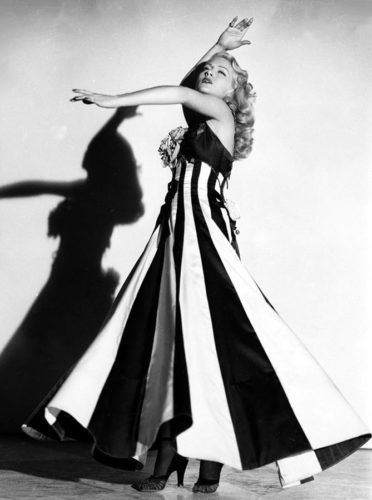 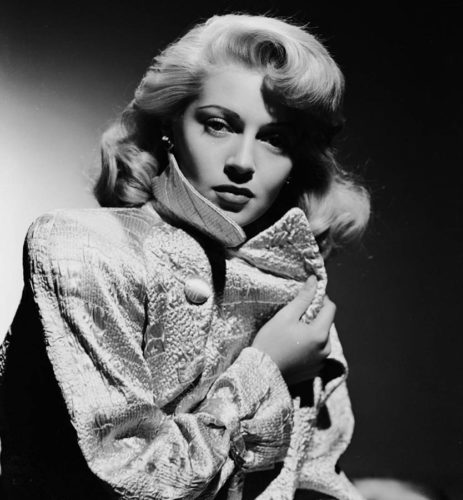 As icing on the cake, they filmed a special prologue that shows Lana greeting the GI audience from the screen with a typically wartime “chin-up” message: “Well … here we are, having a world première of our picture for the armed forces overseas. And if you think that isn’t pretty important, boys, you’ve got another think coming. But … seriously … you should see all the pictures, and you should see them first because … well, because you’re you. Because you’re first in our hearts, our hopes and our thoughts. Thanks for coming to the show. I hope you like it. So long and good luck.” 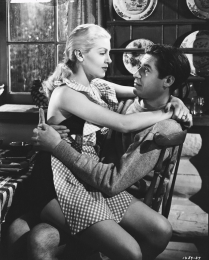 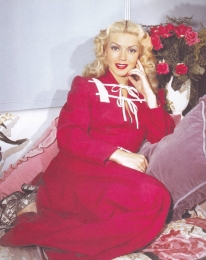 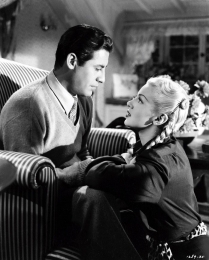 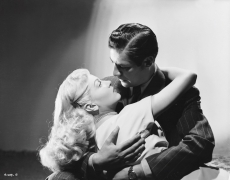 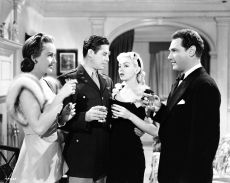 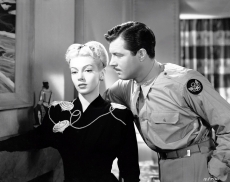 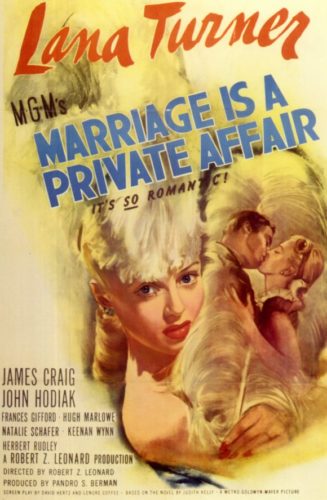 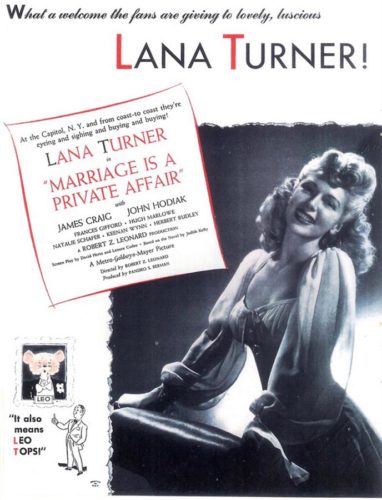