Author Eric Root met Lana Turner in 1971, serving as her makeup artist and hairstylist before becoming her escort, spokesman, lover, and confidant.
Lana Turner told Eric Root everything there was to know about her life, including the secrets behind her greatest triumphs and tragedies, her many love affairs with Hollywood’s leading men, the Stompanato scandal, and her estrangement from her daughter, Cheryl Crane.
This detailed, honest, heartwarming account reveals the real woman behind the Hollywood facade, as well as a tender friendship that endured both heaven and hell for 25 years.
I loved reading it! It is too bad however, that after 23 years of friendship and love their bond was severed because of some people surrounding Lana Turner. The last year of Lana’s life they weren’t in contact with each other.
Didn’t she wanted Eric to see her die, because she knew how emotional he could be?
I certainly do understand that, because I went through something similar with my best friend and partner for 21 years.
We will never know exactly what happened, but I hope Eric Root isn’t bitter or disappointed about it anymore.

There are several copies on Ebay.

There is also an audiobook and an audiocassette with this book.

Here are some pictures from the book: 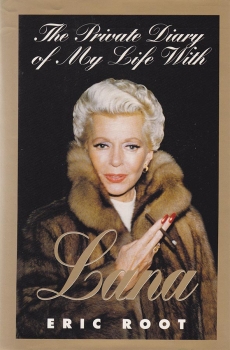 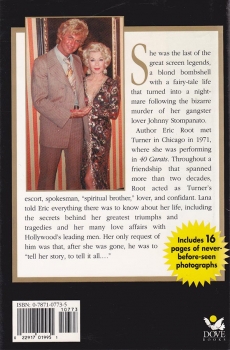 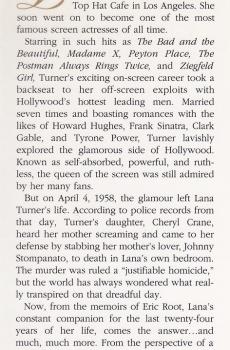 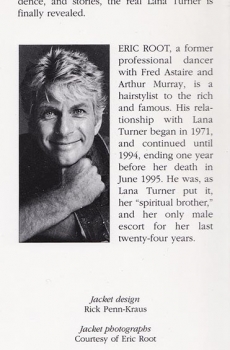 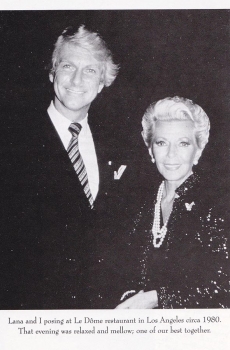 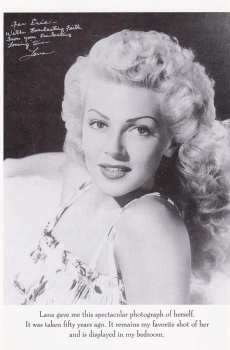