“Forty Carats” is a play by Jay Allen.
Adapted from the French original by Pierre Barillet and Jean-Pierre Gredy, the comedy revolves around a 40-year-old American divorcee who is assisted by a 22-year-old when her car breaks down during a vacation in Greece.
Their ensuing romantic interlude changes from a brief encounter to a potentially serious relationship when he turns up on her New York City doorstep to take her 17-year-old daughter on a date.
Finding the attraction between them still irresistibly strong, she must overcome her resistance to a May–December romance while contending with her mother, ex-husband, and a real estate client who would like to discuss more than business.

In 1971 Lana was asked to do a theater play.
She was very afraid of doing this, but she did it and it was a great success.
Lana couldn’t pass up the role of Ann Stanley, a glamorous forty-year-old divorcee.
As usual, the show and Lana, were a hit. It was a 10 week tour.
“Forty Carats” played in numerous cities, including Washington, Baltimore, New York, Philadelphia and Chicago.
“Ironically,” she said, “Live theater, the medium I had so dreaded, became the new backbone of my working life.” 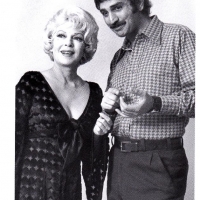 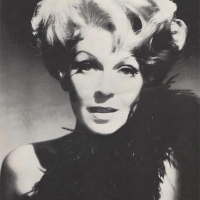 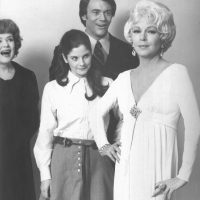 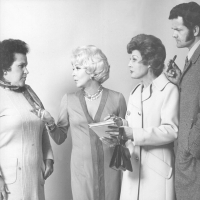 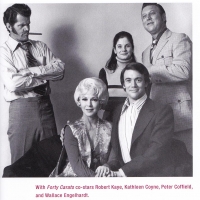 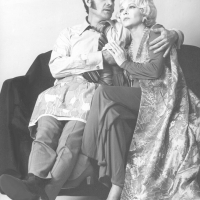 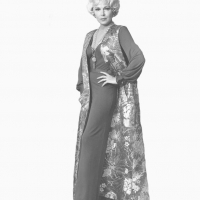 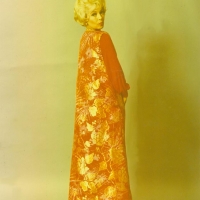 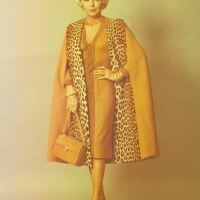 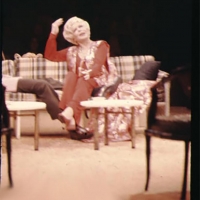 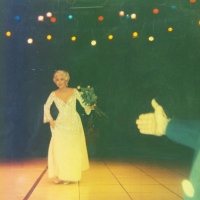 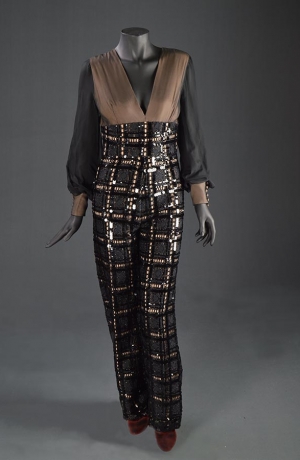 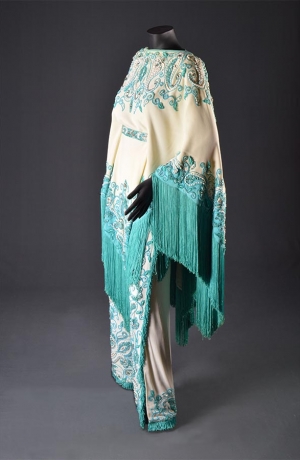 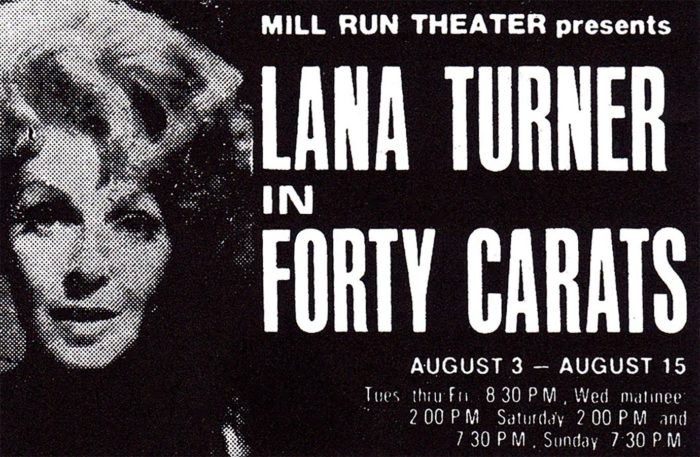 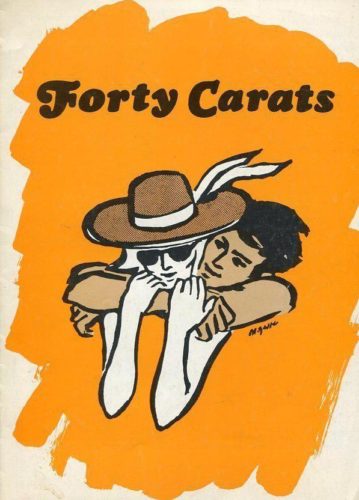 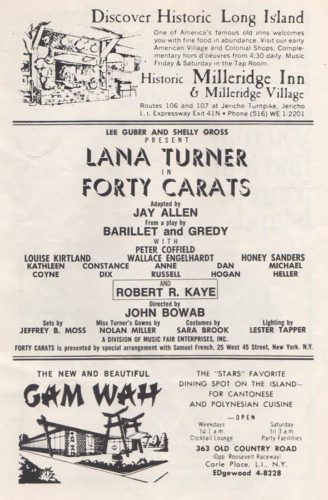 And an article with an interview with Lana Turner about “Forty Carats”. 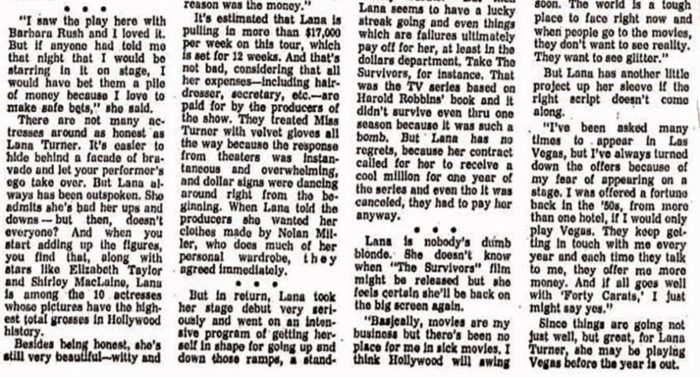 THERE’S a song called “I’m Still Here” that Yvonne De Carlo sings in “Follies.” It is a hymn to the durability of all the 50‐year‐old glamour girls who built their careers on the silver screen not as actresses, but as stars. It’s a hard‐look love chant to the Lana Turners and Jane Russells who made it to the top and held on there despite, or because of, the ups and downs in their private lives, the tabloid headlines magnifying the screen images. The song, like the women themselves, expresses a sense of survival ‐ a bouncing back with resilience that stems from years of living and experiencing and forgetting and building again.
This summer, Miss Jane Russell and Miss Lana (pronounced Lah‐na) Turner are careering in on something new. They have taken their glamour out of the closet and put it into the theater. “The Outlaw’s” well‐stacked playmate has recently made, her Broadway debut, replacing Elaine Stritch in “Company.” And “Johnny Eager’s” slumming society sweetheart has just made a belated stage debut in “Forty Carats” at the Shady Grove Music Fair in Maryland and will be barnstorming through Westbury and Valley Forge and West Springfield and Millrun before calling it a summer and heading, home to Malibu.

It’s opening night in Shady Grove, and it’s theater in the round. A baby faced usher is shouting, “Get your souvenir program. Original sweater girl of the thirties and forties.” I’m sitting between Lana’s publicity representative and her mother. Mildred Turner has Lana’s profile. She’s a quiet woman. She’s dressed entirely in black.
The houselights dim and there is Lana, white picture hat, white dress cut to here, white shoes, silver white hair, peaches and cream complexion, Lana of “The Postman Always Rings Twice,” varnished and shellacked, in the flesh. “I’m 36 years old” is one of her first lines, and the audience applauds.
They continue to applaud throughout the three hours of light‐headed prattle. They applaud every dazzling entrance and exit, they applaud all 14 costume chances, they applaud when Lana admits’ to, 40. And when she takes her curtain bow, wearing a white ballroom number strictly from “Latin Lovers,” the audience, all 2,500 plus, give Lana a spontaneous standing ovation. Homage to a forty‐carat star.

Mildred Turner and the press agent and I head toward the dressing room. Lana is holding court for her two producers, her director, her booking agent, her personal manager, her theater manager, and hairdresser. There is a box of 40 genuine orange carrots on a table, a gift from a cast member. Lana is radiant. She hugs her mother. Her publicity man says, “You were gangbusters, lady.”
“We got through it. We got through it,” says Lana, bobbing up and down in her chair in her 15th outfit, a floral printed caftan. Her blue eyes are beaming. She’s holding a Sherman’s cigarette in one hand, a glass of vodka with a touch of tonic and a dash of lemon in the other. Her mother is patting her forehead with a Kleenex. Lana is puffing and bubbling. “I was ready to take the gaspipe. I felt like a parade horse walking around that ring. I felt I should have a baton. Did I make any sense? That horrible first moment. I couldn’t get air from my throat. I couldn’t speak. All I could think is Please, dear God, let me get one good breath in me. Please God, don’t let me fall on my face. Did you hear any comments about my character? Or, was it just me and how I looked?” No comments about her character. Just Lana Turner and how she looked and dressed and some one during intermission, remembered “John Garfield.”
“Oh, well. I’m too high to come down. Some of those laughs we got tonight. They came at unexpected places. It seemed like a sea of faces out there. ‘Those aren’t painted dummies,’ I thought, and they’re not hired extras either.
“At the curtain, an attendant handed me yellow roses and I thought, ‘Should I pass them by? Oh, no. I love yellow roses. But I wasn’t sure which hand to take them in. I tried to speak, but I couldn’t. I wanted to say, ‘Thank you all so very much,’ but I couldn’t. If I’m not making sense, fill in the spaces. I’m a blithering idiot at this point. I’m too up. After this, the sky, baby, the sky.”

The sky tomorrow, and Maryland today, but what about yesterday? Schwab’s and the 5c soda? Artie Shaw and the seven marriages that followed? “Ziegfeld Girl”? Cheryl Crane? Johnny Stompanato? Tyrone Power and Turhan Bey and Howard Hughes? The Gable ‘n’ Turner “Honky Tonk” kiss – a thrill felt around the world? The “Peyton Place” Oscar nomination?,The “Survivors” disaster on TV? Her refusal to do TV talk shows? The rare and racy adventures of a little girl from Wallace, Idaho, in big world of makebelieve. It reads like a scenario for a bad Lana Turner movie, pure hokum, an imitation of life.
It happened, though, all of it, and Lana Turner refuses to talk about the past. No rerunning. Lana has a giant eraser in her head which she uses often and scrupulously. We don’t talk about the past with Lana.
Outside Lana’s dressing room waits a cluster of fans. Two women say they’ve been trying to get in touch with Lana for 28 years. It would have been a comedy sketch, had Lana not been genuinely touched. She autographs programs, she throws a few goodbye kisses, and we step into a chauffeured limousine that’s to take us from Shady Grove, to Bethesda, where a cast party is in progress. Lana breaks into a chorus of “There’s No Business “Like Show Business.” “Oh, my God, it’s a full moon,” she says. “Moon Over Maryland.”

I ask her about “Forty Carats.” What made her select this one as a starter?
“I like the play because people go out happy, instead of disturbed. I saw Barbara Rush do it a couple of years ago. Had anyone told me that I’d play it, I’d say ‘You’re out of your mother’s skull.’ But I was tired of inactivity. The kind of films that are done lately, I just refuse to do. I won’t do junk and won’t do nudity and it’s not healthy being an actor unemployed. I didn’t just jump at “Forty, Carats.” I took time to think it over. Plus I got a very lovely deal.”

Any chance of doing a Broadway show after this? “It’s too soon to know. I’d like to do a good film again. Films are what I know.”

We go into the relationship in the play between the 40‐year‐old woman and the 22‐year‐old boy. The age gap. The life‐style gap. Could such a relationship work? The bubbling stops. The glow of the moon casts a pale light on the sun‐tanned nose and the blue eyes and the white turban and the 16th dress that belong to the legend beside me in the limousine. “I’m an honest person,” she says. “I must believe in that relationship or I couldn’t play it. Imagine how many women are not blessed to find love at all. Age isn’t a matter of numbers. It’s what’s up here that counts.” She touches her finger to my head. “And down here.” She touches her finger to my heart.
And it’s Schwab’s again, as the car zooms toward Bethesda.