Hi everybody,
Frank Sinatra and Lana Turner were friends. But according to Chery Crane’s book “Lana, The Memories, The Myths, The Movies” they had an on-and-off love affair while he was married to Nancy and before and after his marriage to Ava Gardner. They met in 1942. They adored each other as friends always, but there was another kind of attraction between Frank and Lana that kept them in each other’s lives romantically at different times over the course of many years.
He send her many gifts.  Why they never admitted to any romantic involvement we don’t know. It was likely an unspoken agreement between the two of them. And there was Ava. Lana and Frank never had an affair when Ava was in the picture. She was the love of Frank’s life and one of Lana’s best friends.

Frank and Lana shared much in common: love of nightclubs, glamour, music, food and generosity. He gave Lana some of her favourite gifts over the years: jewelry of all kinds; a treasured paint set; for her 21st birthday a Sommeliers silver wine tasting cup from the “21” club on which was engraved “21.” She kept every gift Frank gave her. And many of them were on display, not tucked away. During an awful period in Frank’s career in the late ’40s Lana gave him money to help his family stay afloat. If one could ever do anything to help the other, they did.

Some photos of Lana Turner and Frank Sinatra through the years: 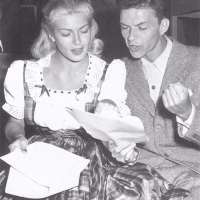 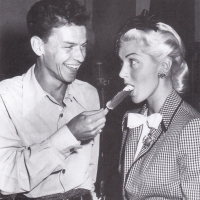 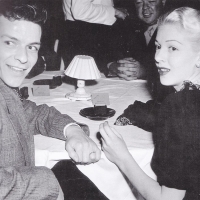 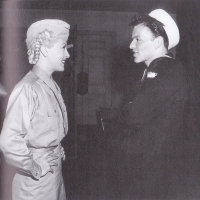 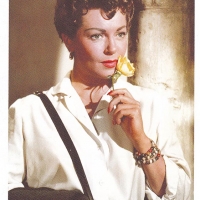 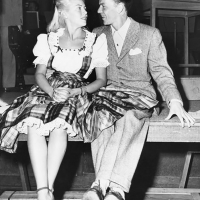 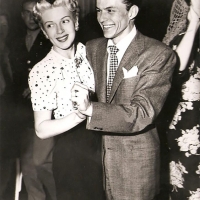 Frank gave both Lana and her daughter Cheryl all his love and support during the Johnny Stompanato scandal, when everyone said her career was dead. After her next film “Imitation Of Life” became her biggest hit yet, Frank gave her an incredible clock that had a globe on it with a note that said “You’re back on top of the world.” He didn’t forget Cheryl either. He send her  a recordplayer with a set LP’s containing all of his msic and the hit records of her favourite musicians. He understood the healing power of music.

At the 14th of June 1944 Lana was the guest in Frank Sinatra’s show “Hollywood: “The Frank Sinatra Program – Vimms Vitamins.”
She introduced him. Here is some more info about the show and the introduction:

According to Cheryl Crane, Lana Turner’s daughter, Frank Sinatra sang “Violet For Your Furs” for Lana Turner.
You can listen to it here:

Frank Sinatra – Violets For Your Furs

It was winter in Manhattan
Falling snow flakes filled the air,
The streets were covered with a film of ice
But a little simple magic that I heard about somewhere,
Changed the weather all around just within a trice.

The snow drifted down and the flowers
And it melted where it lay.
The snow looked like dew on the blossoms
As on a summer day.

I bought you violets for your furs
And there was blue in the wintry sky,
Then you pinned the violets to your furs
And gave a lift to the crowds passing by