“Diane” is a 1956 American historical film drama about the life of Diane de Poitiers, produced by Metro-Goldwyn-Mayer, directed by David Miller, and produced by Edwin H. Knopf from a screenplay by Christopher Isherwood based on a story by John Erskine.
The music score was composed by Miklós Rózsa, and Robert H. Planck was the cinematographer, who filmed in CinemaScope and Eastmancolor. The exceptionally lavish costumes were designed by Walter Plunkett. Though Lana complained that they were terribly uncomfortable. She never made a costume picture again.

The film stars Lana Turner, Pedro Armendáriz, Roger Moore, and Marisa Pavan, and features Sir Cedric Hardwicke, Torin Thatcher, Taina Elg, John Lupton, Henry Daniell, Melville Cooper and an early film appearance by Stuart Whitman.
It was Turner’s last film under her longtime MGM contract and thus marked another stage in the decline of the studio star system.
The action is set in 16th-century France.
Diane de Poitiers (Lana Turner) becomes the mistress of Prince Henri (Roger Moore), second in line to the throne.
Their liaison continues through Henri’s arranged marriage to the Italian Catherine de’ Medici (Marisa Pavan).
Unknown to Catherine, her Medici relations arrange the death of the Dauphin and Henri’s ascent to the throne as King Henry II.
The antagonism of the two women, abetted by Medici scheming, eventually results in the death of Henri.
Catherine, now ruling as regent for her three young sons, banishes Diane but spares her rival’s life in a gesture of mutual respect.

Lana Turner plays Diane de Poitiers and said this about the role of Diane: “Diane was an interesting woman”, one who used her charm intelligently”. Actually she was a forerunner of today’s modern woman; she was Europe’s first outdoor girl, a health fan and an advocate of the cold bath. She wasn’t afraid to use her head, but was never caught with her brains showing.”

Lana worked hard on this movie. She had to learn to ride side-saddle and together with her daugther Cheryl, who was 12 at the time, they went to Culver City and learned it together. They were horseback riders, adept at English and Western, but they found that riding side-saddle was not so easy. Their backs would get sore being twisted, but they had great laughs.
Fencing was another skill she had to acquire. She learned it easily because of her rhythm and dancing abilities. She was proud that she was able to do all the fencing in the film and no doubles were needed.

Released in January 1956, “Diane” proved to be a signifiant film in Lana’s career. One month later, while budget-conscious MGM was in the midst of disbanding its expensive star system, Lana terminated her 18-year association with the studio. Although frankly sentimental about the studio that had been her home since 1938, her departure from Metro was a judicious move. Her next film (“Peyton Place“) and her first film as a free-lance actress marks another turning point in her career and ultimately brought her an Oscar nomination.

I love “Diane”, the story, the costumes, everything about it. 😀 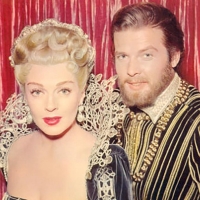 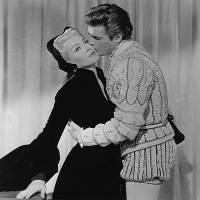 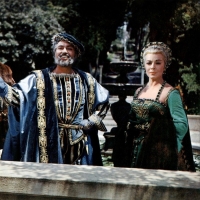 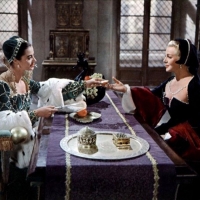 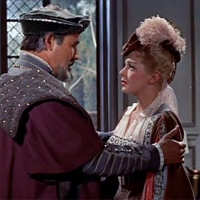 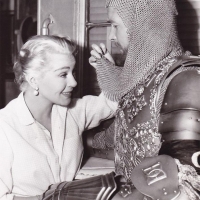 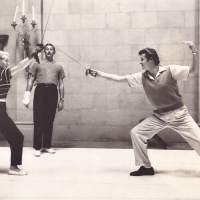 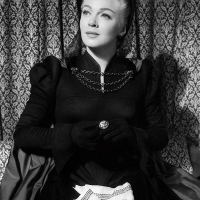 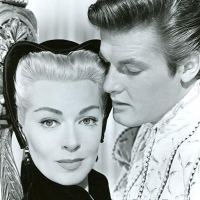 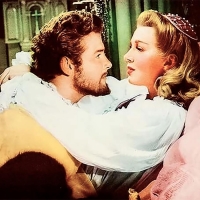 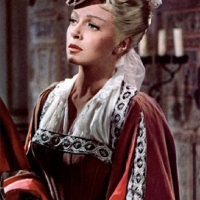 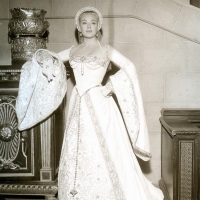 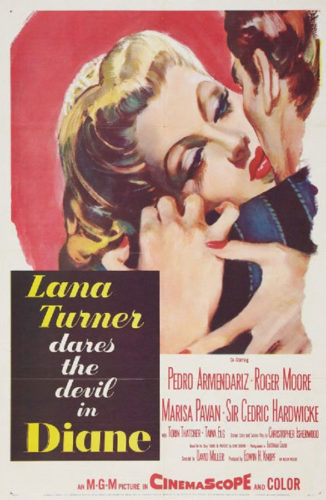 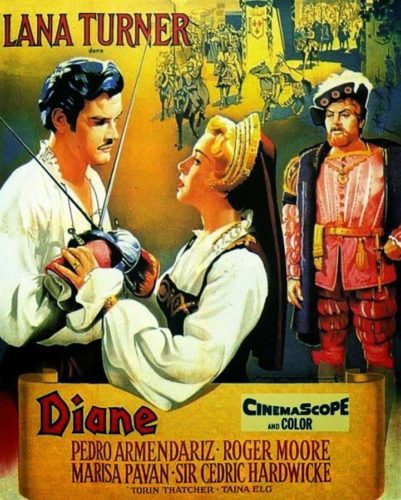