Taylor Pero was Lana’s secretary from 1969 till 1979.
In that period he also became her companion and lover.
In this book, “Always Lana” he describes how their life together was.
In the first 8 years or so all went all right, but Lana kept cancelling appointments at the last minute and when she did go she was always very late.
I think in those years Lana wasn’t very happy. Her whole life she had been making movies and that had stopped.
So she started drinking more and more and took not good care of herself.
Around 1978, 1979 the relationship between Lana and Taylor just had had its longest time.
And one day she just fired him. He already had decided to go away, because he couldn’t live like that anymore.

Having said all of that, I think they had a good time together and the book describes many nice stories of their life.
Too bad there aren’t any photos in it. 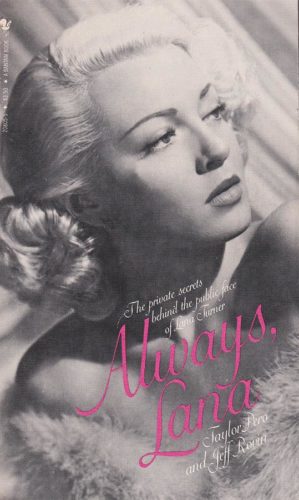 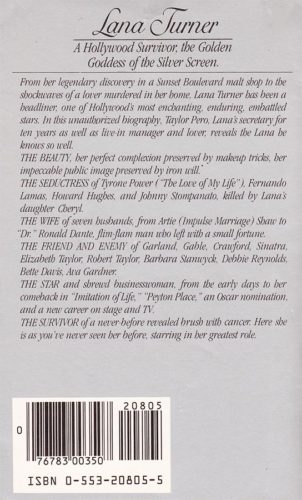